Grigorisin: To support „Our Party” or return to total theft and corruption - the choice belongs to the citizens of Balti!

After Renato Usatyi became mayor of Balti, he cleared bribery and theft from the municipality and state enterprises. Along with this, he took priority in the social sphere of the city. ​

The main tasks of “Our Party” at this stage are to preserve the purity and transparency of the mayor’s office, prevent the corrupt officials from returning to the city’s leadership and continue the rebirth of Balti started by Renato Usatyi. This was discussed at the meetings of the candidate for the position of mayor Nicolae Grigorisin with the residents of the northern capital.

“Immediately after coming to the mayor’s office Renato Usatyi from personal resources allocated 30 thousand lei for the project on fighting tuberculosis and 835.5 thousand lei for the purchase of surgical instruments. Renato Usatyi gifted neurosurgical microscope “Zeiss” which allowed moving to a completely different level of surgery - modern and high-tech. The microscope is used for operations on the brain and spinal cord. Renato Usatyi donated to the pediatrics department of the Balti municipal hospital two infusion pumps with a total cost of 45 thousand lei. They allow to accurately dose medication and exclude the possibility of an overdose. This is very important in the treatment of small patients. These instruments were very necessary to the department. For the budget money, the Family Physicians Center purchased a colposcope, which is necessary for the diagnosis of some gynecological diseases.

Its value exceeds 180 thousand lei. About 130 000 lei were allocated to the dental center for the repair of the surgical room and the prosthetics cabinet. An agreement was reached with Chisinau emergency medicine Institute, within the framework of which the reception room of Balti hospital is modernized. Investments from grants amount to at least 2 million lei. Modern equipment will also be purchased for the same grant”, the mayor said at a meeting with employees of the Municipal Clinical Hospital. 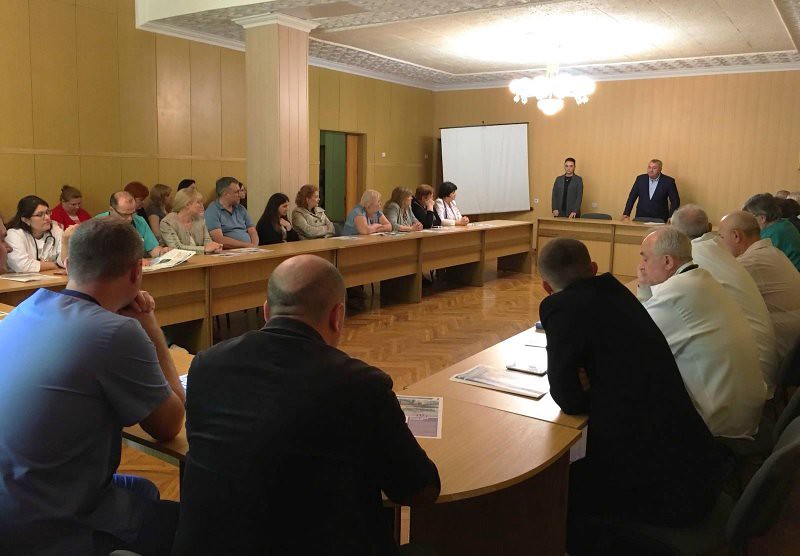 “Our Party” is determined to continue to rebuild the city and raise the life of Balti inhabitants to a decent level,” Grigorisin said at a meeting in the House of Veterans.

“Social policy, taking care of people is the priority of “Our Party”. I asked the staff: “When you come to polling stations on May 20, everyone will have a choice. To support “Our Party” of Renato Usatyi, or say that you are satisfied with the return to total theft, corruption and despair. I propose to continue the good deeds that Renato Usatyi has begun - to prevent Chisinau mafia from seizing Balti, to give a resounding blow to Plahotniuc’s face, to continue the restoration of Balti and to provide assistance to the residents of the city who need our attention. The choice is yours, dear employees of the House of Veterans! “- Nicolae Grigorisin emphasized during the conversation.