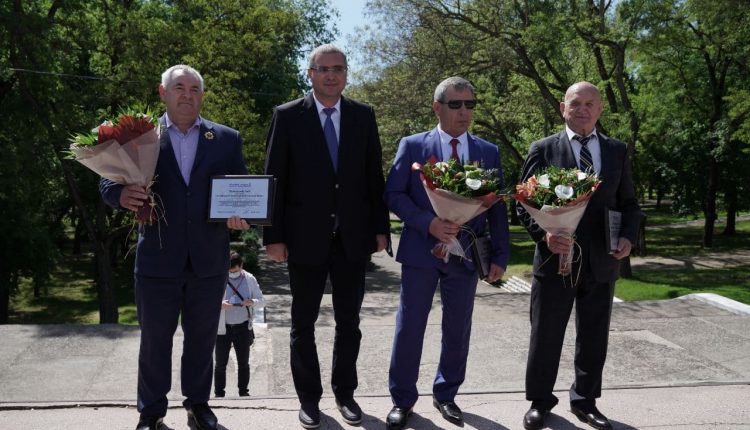 On Saturday, May 21, 2021, on Balti City Day, Renato Usatii handed over the title of “Honorary Citizen” to several residents of the municipality. In total, there are five people who have earned these diplomas. At the end of the ceremony, Renato Usatii came with a congratulatory message for all the people of Balti.

“I am 600 years old today. During these centuries, the most precious gift that our town has received is its people. On this holy holiday, that of St. Nicholas, I want to wish you to continue to show kindness and to have only positive emotions. We did everything we could to make the city more beautiful and attractive. In our locality live people of different ethnicities, who speak different languages, but who are united by sincerity, kindness, hospitality and the desire to do good things for the city and for our country “, said Renato Usatii.

“It simply came to our notice then. I have lived in Bălți for about forty years. Here I created a family, here my three boys and a little girl were born. Bălți is the homeland of my children. I became an emeritus coach, as you know I am a master of dumbbell sports, and this achievement (this title offered – red note) is a huge achievement for me. I am proud that I received the title of honorary citizen of Balti “, said, in turn, Amaev Said-Muhmat, one of the emeritus coaches, who became an honorary citizen of Balti.

The emeritus coaches Ghenadie Meleașchevici and Iulii Peaticovschi, the international master of Sports Denis Tachii, but also the president of the Bălți Court, Dumitru Gherasim, also received the title of “Honorary Citizen”.

Renato Usatii congratulated the people of Bălţi on the occasion of the patron saint of the locality, celebrated on the day of Saint Hierarch Nicolae

Impressive procession to Balti, the only city in the Republic of Moldova where such parades take place