Renato Usatii: I thank the EU for its support in improving urban mobility in Balti. 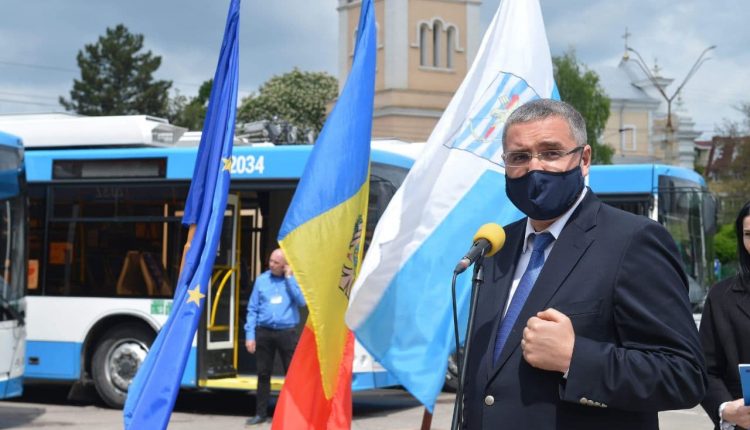 The mayor of Balti, Renato Usatii, participated today, May 19, together with the head of the EU Delegation in Moldova and EU ambassadors, in the reception of the 11 wireless trolleybuses, purchased with the support of the EU and its member states, within the T5P fund. In his speech, the mayor thanked the European Union for the support provided to improve urban mobility in Balti.

“I want to thank for the support provided by the European Union in order to improve urban mobility in Balti. These trolleybuses are very important for the city and suburban areas, where people until now did not have access to trolleybuses, due to the lack of connection infrastructure. The total value of the project is 3,700,000 euros, of which 2,500,000 euros – EBRD credit and 1,200,000 euros – grant from the Eastern European Partnership Fund for Efficiency and Environment “, wrote Renato Usatii in a post on Facebook.

He especially thanked the Swedish government for its contribution to the development of transport infrastructure in Balti.

“I also thank the Swedish government for the 1 million euro grant due to which Balti will be the first city in the Republic of Moldova to have a transport infrastructure development plan for many years to come,” he added.

The plan to modernize the transport infrastructure in Balti will be created by a group of German companies. German experts will analyze and evaluate the location of traffic lights in the city, road traffic, road quality and intercity traffic.

The Head of the EU Delegation, Peter Michalko, and the Ambassadors of the Member States of the European Union visited Balti!