Usatyi: “The Republican stadium should remain a stadium” 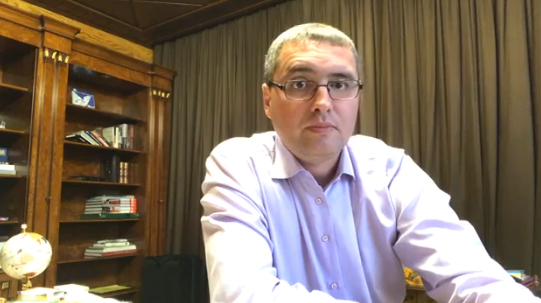 The leader of “Our Party” commented on the sale by Moldova’s government of the land of the Republican Stadium to the US Embassy.

“The US Embassy decided to take the Republican stadium. It will be the largest logistics center in Europe. There will be more offices for all special services enough to allow to tap deputies in Berlin, having all technical facilities in Chisinau. I’m really sorry that the US embassy, being aware of the position of the citizens of Moldova, that most people are against transmission of the land, behave at least inappropriately. Don’t touch the Republican stadium”, Usatyi said.

The politician proposed to build on the site where it is planned to construct Arena Chisinau, an ambassadors’ town, with beautiful buildings, squares, with hotels for staff.

“Don’t take away the last thing left in this country”, Usatyi summed up.

In Moldnet, on July 19, a petition „The people must decide the fate of the stadium” requiring the government of Moldova to reject the decision regarding the transfer of 5 hectares of land in the center of Chisinau, on which the Republican stadium is located, to the US embassy for the construction of a new diplomatic mission. By this time, more than 3,000 people signed the petition.

Thanks to Usatyi, lyceum pupils – winners of academic competitions of Balti go again to rest in the best camp of Russia

Usatyi urged on his supporters to clean Leuseni tank. And sent a gift – a T-shirt with Stalin to the leader of the vandals