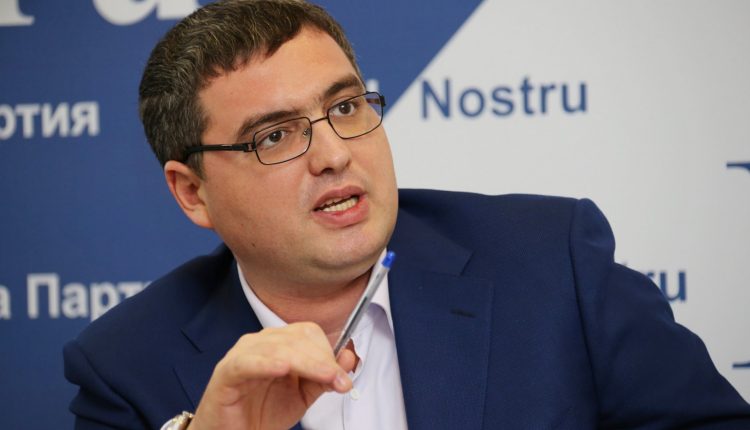 Interpol decided to remove the case of the leader of “Our Party”, Renato Usatyi from its database and stop his search. We are talking about the accusation of Usatyi in the attempted murder on the Russian banker German Gorbuntov, filed by the Moldovan prosecutor’s office. Interpol came to the conclusion that this case is politically motivated. The Prosecutor’s Office for Combating Organized Crime and Special Cases meanwhile declared that they didn’t know anything about this decision of the International Police.

In the decision of the Commission for the Control of Interpol’s Files (a copy of which was sent by Renato Usatyi to NM) it is said that “maintaining the data challenged (the case of Usatyi) would have potential adverse implications for the neutrality of the organization (Interpol), in that there is a significant risk that the organization will be perceived as facilitating politically motivated activities and in that it may foster a dispute between two Interpol member countries”.

On May 19, 2017, Renato Usatyi submitted a request to the Interpol concerning the removal of his file from the database. He explained his request by the fact that the criminal case opened against him in Moldova is of a political nature, and the legal proceedings are conducted with infringement of laws and procedures. The Commission for the Control of Interpol’s Files accepted the request for consideration on May 29, 2017, and on June 6, 2017, the access of the Interpol member countries to the case of Usatyi was blocked.

The Commission for the Control of Interpol’s Files appealed to the national central bureaus of Interpol in the UK, Romania and Russia to obtain additional information about the facts contained in Usatyi’s application. The UK’s Interpol NCB then responded that the UK did not intended to bring to justice or prosecute Renato Usatyi.

It should be reminded that the Prosecutor’s Office for Combating the Organized Crime and Special Cases, accuses Usatyi of an attempted murder on the Russian banker German Gorbuntov. According to the version of the Moldovan investigators, Usatyi ordered the murder of Gorbuntov in 2010, and after an unsuccessful attempt offered to the relatives of the killer Vitalie Proca 600 thousand dollars for the recognition that the customer was not Usatyi.

Usatyi argues however that the case against him was fabricated at the request of the leader of the Democratic Party, Vladimir Plahotniuc. According to Usatyi, Plahotniuc ordered the murder of Gorbuntov and took the Universalbank shares from the banker. The perpetrator of the attempted murder on Gorbuntov, Vitalie Proca, who is serving a sentence in Romania for another case, also claims that he received an order from Plahotniuc.

The Commission for the Control of Interpol’s Files analyzed all the arguments and facts provided by the parties (Usatyi, Moldova, Russia, UK and Romania) and stated that “even assuming that the offenses as described are of common-law character, the Commission considers that there is a predominant political dimension to this case and that the data challenged is not compliant with Article 3 of Interpol’s Constitution”.

For these reasons, the Commission decided to delete the data challenged from Interpol’s files.

A year ago, when the Commission for the Control of Interpol’s Files took up for consideration Usatyi’s application, he declared that Interpol had suspended his search (in the current Interpol’s decision, this information is confirmed). However, the head of the Center for International Police Cooperation (Interpol national central Bureau for Moldova) Viorel Tentiu said that Usatyi is still wanted. “All I can say is that he is still wanted. The paradox is that his current declarations contradicts his earlier statements, when he denied that he was wanted”, – Tentiu said then.

After Usatyi’s statements made two days ago on TV8, according to which he was not wanted by Interpol, NM requested the Center for International Police Cooperation to confirm or deny these statements (NM sent a request before it received from Usatyi a copy of Interpol’s decision to stop the search). The Center promised to respond to the request within 30 days. NM asked in particular to answer what it means to remove Usatyi’s case from the Interpol database and comment on the fact that Interpol considered that there was a predominant political dimension in Usatyi’s case”, opened in Moldova.

According to an informed source of NM, the Center for International Police Cooperation for Moldova received a letter from Interpol on May 18.

The Deputy Head of the Prosecutor’s Office for Combating Organized Crime and Special Cases Vitalie Busuioc, however, declared to NM that he had not yet been notified of the removal of Usatyi’s case from Interpol’s database, so he cannot comment on the situation.

Renato Usatyi told NM that now he can circulate freely on the territories of all member countries of Interpol. However, he does not exclude that problems may arise in countries that have bilateral agreements with Moldova on legal aid and judicial assistance, but he considers this unlikely, since there is a decision by Interpol.

It should be noted that in February 2016, Interpol refused to put on wanted list the former head of Yukos, Mikhail Khodorkovsky at the request of Russia. As in the case of Usatyi, Interpol motivated its refusal by Article 3 of the Constitution of the organization, which “absolutely prohibits to take any political, military, religious or racial actions”.

In August 2016, referring to the same article, Interpol excluded from Interpol’s database the former co-owner of Yukos, Leonid Nevzlin, who was sentenced in Russia to life imprisonment in absentia.