VIDEO | Renato Usatii met with EU ambassadors, with whom he spoke in English 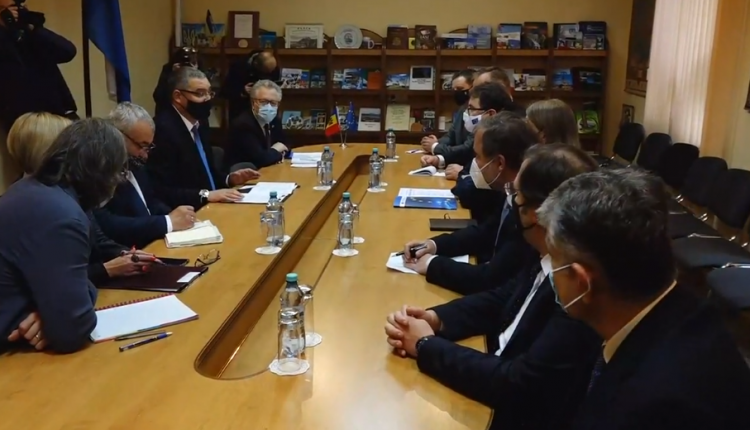 The Mayor of Bălți thanked the ambassadors for their support to the Republic of Moldova, especially to the municipality of Bălți. These are several infrastructure and transport projects.

“We have a good collaboration with the European Union and we are very happy about that,” said Renato Usatii.

In his turn, His Excellency SA, Peter Michalko, thanked for the hospitality, mentioning that the European Union is still open for collaboration.

“It is a pleasure to be here with other ambassadors of the EU Member States. We came to discuss how the EU helps the people of Moldova, but also what we can do in the future for the people here ”.

Guests will participate today in a series of events of public interest that will take place at the State University “Alecu Russo”, Theoretical High School “Dimitrie Cantemir”, renovated within a European project, but also at the Research Institute “Selection”.